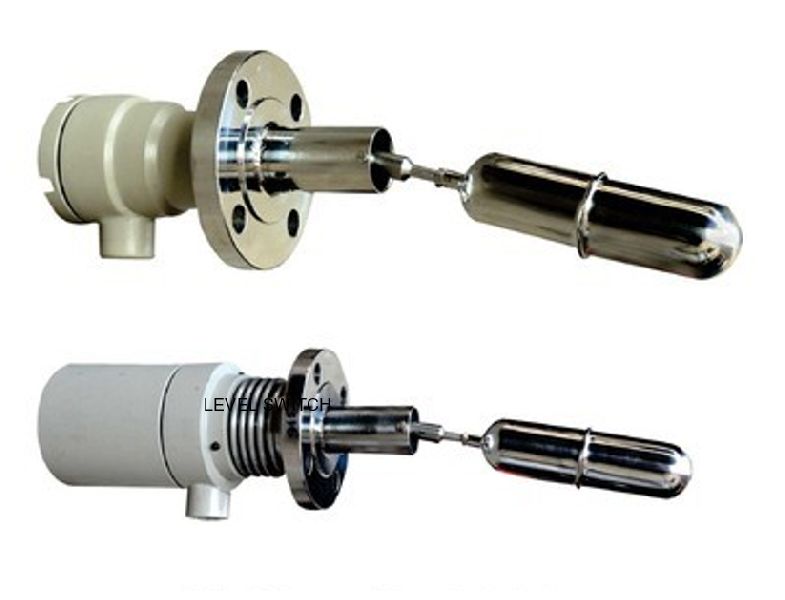 A level switch is a sensor that detects the presence of liquids, powder, or granulated materials at a specific location. (It is also referred to as level sensor) For example, when a tank is supplied with liquid, it overflow. In order to prevent overflows, a level switch is to be installed different positions of the tank according to types you selected.

Side Mounted Magnetic Level Switch: Float mounted at one end of rigid rod moves with change in level, magnetic capsule at other end of rod moves accordingly within fixed limits Switch contacts across the face change accordingly.

As the tank fills up the float lifts up due to buoyancy. The other end of the float which is magnetic in nature goes down and during its downward motion, triggers the switch assembly and the contacts get closed, which can be used to operate an alarm or any other audio/visual load